Earlier today I was introduced to the Left 4 Dead 2 Trailer from Valve.

I’m not sure what to make of this. It’s a wholely separate game to the original L4D which although probably the best in the Zombie-Survivor genre, gets tired quite quickly. Valve did promise free downloadable content patches (DLCs) for L4D which have so far comprised the ‘Survivor’ mode which introduces one mini-map and an extra mini-campaign will be coming in September.

I can’t help thinking the rest of the aforementioned free DLCs have been packaged up and had a price stuck on their head to cash-in on L4D’s original popularity.

The redeeming feature me is frying-pan-armed combat 😉

Earlier today, I had one of those classic ‘doh!’ moments.

I had a 5.25in DVD/RW drive externally connected to a virus-infected Windows laptop via USB (running ClamAV if you’re interested).

For some unfathomable reason, I moved the drive with my hand while it was spinning, imparting just a little tilt to it. Even as I did so I knew the result which was about to happen. The CD was already tilting off it’s normal axis of rotation with relation to the drive, trying to maintain it’s original orientation in space due to gyroscopic precession. The inevitable grinding noise indicated that the CD had run out of room to maneuver and collided with the optics / drive internals.

The level of vibration which continued until I yanked out the power was rather impressive; I was glad of the aluminium casing containing the fast moving disc and motor.

I managed to pull the CD tray out and took hold of a CD which was now quite hot around the edges and promptly cut myself on the ground-down and sharpened rim. The drive itself, of course, had ceased to function as a drive of any usable sort.

The moral here is: “Don’t break your own rules”

I’ve found the Japanese to have a somewhat worrying obsession with robots; everything from the 4-foot tall Asimo types to the 50-foot high flying types.

They also make some rather impressive bipedal robots which can be seen in videos all over the internet accomplishing impressive feats such as running and tackling stairs. They do, however, seem to have a slightly odd gait which looks as if it was borrowed from a ‘dog-walker’ as the feet and knees preceed the robot noticably as it moves. Apart from Hubo, there have been few attempts at turning the ‘robot’ into an ‘android’

Now, researchers at AIST (National Institute of Advanced Industrial Science and Technology) have produced a biped Android (or more correctly a Gynoid) known as HRP-4C.

The robot has the broadly realistic human proportions correspondent to a Japanese woman and also comparable weight. The simulation of human likeness only extends to the face which has some level of animation and the hands which I am yet to see change pose during a demonstration. The rest of the body appears as if in a fitted suit of armour.

Apparently she Linux in the form of an AIST developed platform known as ‘Actual Time Linux’ (ART-Linux2.6).  Although difficult to decipher from the translated text, it appears that much of HRP-4C’s development revolves around and contributes to open projects.

The walking gait is rather more natural in appearance than an Asimo unit but could still do with more damping as there is an obvious jarring in the step. Thus far I have only seen the gynoid perform basic walking and a short bow. On examination of a translation of the japanese information page, it seem that the unit is designed for entertainment or fashion modeling. An odd choice of target market to my mind but the size/weight constraints probably prohibit any industrial uses.

The HRP-4C stands about 1.6m tall and weighs approx 50kg.

If they could increase the abilities of an android of this scale, I reckon it could play a critical role in caring for Japan’s ageing population. I’ll be really impressed but don’t doubt that I will soon see a biped android powerful enough to lift a human safely.

I just came across this FOSS Midi Piano Tutor program which I thought rather shiny.

The premise of Piano Booster is similar in concept to games like Guitar Hero only it turns the note path on it’s side, adds a proper musical stave and just might inadvertently help you to learn to play a real piano. 😉

I was going to say how it probably isn’t as ‘cool’ as Guitar Hero but then again, if we’re honest, games like Guitar Hero actually make you look like a bit of a prat when played infront of your friends and I suggest that with the necessity for a Midi keyboard, Piano Booster is probably something you’d use on your own anyway.

Although I don’t have any special desire to be able to play the piano, with Midi keyboards now as cheap as $40, it’s a bit tempting to get one just to try out this software 🙂 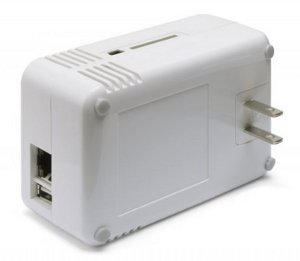 If you’ve ever run a site which uses an SSL certificate, you may have found a problem when your site calls information (images perhaps) from a third-party website which does not use an SSL certificate. The user’s web-browser will often display an icon or some other form of indication that part of the transaction is no-longer encrypted.

Ideally you want to avoid calling the external content on any page which is SSL secured or rather (for the purposes of this statement) only call the content when on a non SSL secured page.

Thankfully, if you’re using Apache and PHP, you’re on to a winner. The following statement checks with Apaches as to whether the current page is being served as HTTPS or not and renders the page with or without the third-party content as appropriate.

this is where you make HTML calls to your external content”;}  ?>

This should hopefully get rid of those pesky browser warnings for your dynamic pages.